Refresh Your Concept or Die Slowly! 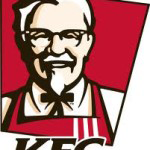 CNBC, a USA financial network, announced recently that KFC had discreetly set up a new concept to test in the suburbs of Dallas, Texas. The concept, Super Chix, looks remarkably similar to its main competitor and now industry leader in the QSR chicken segment, Chick-Fil-A. The image and menu communicate a premium positioning, something of course KFC lacks in the USA market. Surprisingly, a spokesperson for the company denied that the test was intended to better position KFC for the USA market but noted instead it was developed for international partners. It seems a little strange indeed that KFC would test a premium concept in the USA if it was intended for international markets. Why not test it in key overseas markets like Malaysia, Japan or China? Also, KFC is nowhere mentioned in the Super Chix website so the consumer cannot make any connection.

I believe that this is just one more nail in the coffin of a once iconic American brand brought to its knees by poor company management and franchisee decisions over a 25 year period. While the idea for Super Chix makes some sense, it is probably 10 years too late for the USA consumer.

KFC is part of the largest restaurant group in the world (YUM). How could all the smart management at the company let this happen? After all they are mostly MBA’s from elite US universities many of them with management consulting backgrounds while Chick-Fil-A is a folksy Southern company with simple goals and a deeply religious history. The story is too long to tell in this space but suffice it to say that KFC forgot the basics taught by the original founder in 1930 – good food, good service, affordable prices in a warm inviting atmosphere with a focus on people. That is what KFC will say they have been doing all along but the customer never got the message.

The time to refresh and re-imagine your restaurant or hotel brand is when you are strong and growing, not when you first see the signs of negative same store sales and declining customer counts. Wait too long and it will be very costly to turn the brand around in the minds of your customers and employees. Good employees work for “cool” companies they personally admire with charismatic leadership.

What is the state of your brand today? Does it need a re-fresh?