Does the Lotteria Chain make any money? 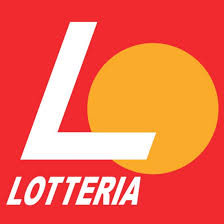 Lotteria, the Korean hamburger chain, recently placed a half page ad in the Asian Wall Street Journal, touting the grand opening of their first store in Cambodia with plans to open 20 more locations by 2018. The chain now has 231 stores in Vietnam(189), Indonesia (26), China (11) and Mynamar(5) combined. I have personally been to Lotteria locations in Korea, Japan, China and Vietnam and I have often wondered how they can continue to grow the business. Is this a business of profit or just a hobby for the giant Lotte Group?

It is clear that Lotteria is not McDonald’s in terms of quality, service or cleanliness. While the Korean business appears quite strong given the Lotte name, it is a very Korean concept in terms of taste and operating standards. In Japan, the chain is definitely shrinking , considered a poor imitation of McDonald’s or MOS Burger and has been rumored to be for sale several times. Despite having over 180 stores in Vietnam, the profitability of the concept is questionable based on discussions with industry experts. Finally, Lotteria is shrinking their footprint in China as well despite the 10%+ annual growth rates of the food service sector there.

Lotteria has entered several markets ahead of McDonald’s to try and capture first mover status but this was a risky strategy given the poor supply chain at the time. Several chains like Wendy’s and Carl’s Jr. have tried this approach as well but results were generally not up to expectations. McDonald’s is patient to enter new markets when they can guarantee their global quality standards which is not the case with Lotteria based on my personal experience as a customer.

So why take out an advertisement in the Asian WSJ to announce an opening in Cambodia? Seems like pure ego to me! The Lotte Group is a very successful conglomerate with 60 different business groups employing more than 60,000 people. Food service is not their strong suit if looking at their existing restaurant groups is any guide.

Sometimes you need to cut off some branches to save the tree!