Globalization Speeds Up Everything! 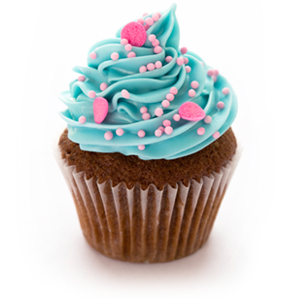 Those of us who travel frequently can see how quickly trends move around the world compared to a few years ago. Call it the result of the internet, globalization, the flat world, whatever, an interesting restaurant or fashion concept gets copied far more quickly today than before. Just look at frozen yogurt and cupcakes, old trends that pretty much started anew in Southern California are now commonplace everywhere in Asia. Barriers to entry are just so low!

International franchisers who are waiting to go abroad until their home markets get saturated are making a big mistake. Start going international now! If you have an interesting new concept you can be sure someone has seen it and posted it on their Facebook page and now hundreds if not thousands of people all over the world already know about it. Entrepreneurs in China and India probably have plans to copy it for their local markets. Why should they pay the franchise fee?

If you get out to international markets first and get some deals done, you will gain some brand recognition and credibility. Momentum will build on itself and you will be surprised at the results.

Several words of caution – don’t go overseas unless you are willing to build the infrastructure to support the development. It is not just dessert after the main meal of the USA market. It can be a main meal by itself. Second, make sure there is a strong economic model to support royalty payments and franchise fees. A few stores in the USA alone won’t cut it. At the minimum you need a sustainable concept with robust operating systems and enough stores to show proof of concept. In short, a real franchisable concept to begin with.

Finally, don’t get too excited with the early letters or emails from interested franchisees. Many times these are children of rich parents with no operating experience. Take the time to find well qualified partners.

But move fast or these international markets may be lost forever!

Everyone who travels anywhere in the world notices the ubiquity of the big international restaurant chains. They are almost all American and very limited in number – KFC, Pizza Hut, McDonald’s and Starbucks primarily. They are dominant in almost every country where they enter because they are backed by big powerful global corporations who invest aggressively for the long term.

But what about the second tier international players? Do they really have a chance to survive and prosper internationally against the “giants” of the industry?

Every country and restaurant category is different but it is possible to find success stories for second tier brands not even well known in their own countries. Let’s look at some examples and see if we can draw any patterns that could guide strategy for others going forward.

Consider Shakey’s Pizza in the Philippines. You would be very hard pressed to find a Shakey’s in the USA outside of the West Coast. It is a very old brand that just did not keep up with the times. But they are thriving in the Philippines and making loads of money for the franchisee.