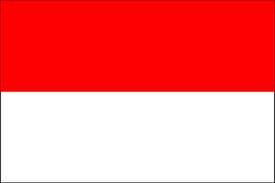 Disturbing trends have emerged recently in both South Korea and Indonesia as governments move to place restrictions on the number of stores large franchise companies can develop. I believe that these policies are misguided and the government officials involved lack a basic understanding of the industry and its impact on self-employment and entrepreneurship.

Indonesia is still a developing country and many large scale conglomerates do exist with sizable control over retail, mining and the agricultural sector. Some of these conglomerates are close to the government and license brands in the country such as Starbucks. However, there are also local coffee house chains like EXCELSO that cater to a growing Indonesian middle class and are doing well. There are also chains like Hoka Hoka Bento with over 200 stores and growing offering affordable meals for US$ 2-3, primarily located in food courts. Indonesia is not developed sufficiently to support single unit franchising successfully so even if the big chains are pressured to sub-franchise or sell off stores they are likely to be purchased by other large groups and defeat the government’s purpose entirely.

No one can say that the franchise industry in South Korea lacks competition or that there is limited choice. One only needs to look at the coffee house or chicken sector to see the highly fragmented nature of the industry. Of course some of the chaebol do have ownership positions in certain local chains, but there are many growing chains founded by local entrepreneurs as well. Famous brands such as BBQ, Kyochon, Mister Pizza, Bonjuk, and Nolboo, for example, were all founded by local individuals, and while they all have strong positions in the marketplace, it is easy to find alternative concepts to visit as well. Franchising in South Korea offers new opportunities to retirees looking to extend their business lives or to younger people seeking self-employment. This has a positive effect on the overall economy and restricting the number of successful franchise chain stores will likely have a negative effect as these potential franchisees may be forced to invest in less proven concepts with higher risk.

Government does have an important role to play to ensure that the franchiser provides clear and honest documentation to a potential franchisee in a manner that represents the business model fairly. The franchisee in turn is expected to do his own due diligence by meeting with the management of the franchiser and speaking with other franchisees operating the concept. Once this relationship is established it is in the mutual interest of both parties to ensure that the business is successful.

I hope that both the Indonesian and Korean politicians will study this issue more carefully before trying to solve a problem that probably does not exist.