Caffe Bene – Is It For Real? 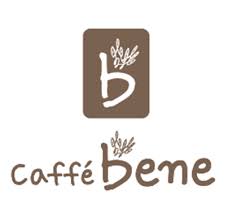 The online edition of Forbes Magazine had a recent article about the remarkable growth of the Caffe′ Bene coffee house chain since its debut in 2008.  The chain surpassed Starbucks in Korea and has 900 locations currently.  Since the first USA outlet on Times Square in 2012, the concept has grown to 86 locations there.  There are almost 100 locations now in China and the chain has over 1500 stores worldwide.  Does Caffe′ Bene really have a better mousetrap or is this one big bubble ready to burst?

Here are some thoughts to consider.

First, many of the stores in Korea are unprofitable and franchisees are increasingly angry.  Korea is famous for franchises that grow quickly and then rapidly implode. The herd mentality chases the latest fad as many early retirees seek a second business and building owners look for something to put on the ground floor.  Korea is over saturated with coffee shops and the shakeout is just beginning. Caffe′ Bene does not appear to have anything special going for it except for celebrity hype.

Second, many of the China franchisees are Koreans who are inexperienced in the restaurant business.  Many of the stores I have visited are in poor locations in secondary cities.  Many coffee shop chains in China have grown rapidly and crashed and Caffe′ Bene may be one of them.  When I see busy stores in Shanghai or Beijing in great locations then I may be more upbeat about the prospects.

Third, the USA is a very tough market to crack.  There are some concepts competing with Starbucks in limited ways such as Coffee Bean & Tea Leaf and Caribou Coffee but their footprint is limited.  Caffe′ Bene can probably add locations on both coasts but it is questionable how the stores will perform.

Finally, the company uses a franchise model to develop their business and hardly invests in their own locations. They are a marketing company not a operations focused company and this could cause trouble going forward.  Just selling franchises is not a strategy for the long term.

My take on this company – If it were a stock I would short it!